Could the the Reserve Bank of Australia prove reluctant to pursue an aggressive interest rate policy if it sinks the country's housing market?

This is the question posed by Credit Suisse who say housing matters could have potentially significant implications for the value of the Australian Dollar going forward.

The Australian Dollar has been bid higher as money markets factor in significant rate hikes at the RBA for 2022 and 2023, but these expectations could be tested were the housing market to witness significant price drops.

This is because Australians have a significant portion of their wealth tied up in one of the world's most expensive property markets, with much of this exposure coming via variable interest mortgage rates.

"The Australian housing market, with its high reliance on variable rate mortgage borrowing, stands out as more exposed than peers to rising yields," says Alvise Marino, an analyst at Credit Suisse in Zurich, Switzerland. Above: "Housing prices are showing signs of slowing down in Australia and Canada" - Credit Suisse.

A new generation of Australian home owners are facing a peculiar event: the prospect of rising interest rates, this after the RBA earlier in May hiked interest rates 25 basis points and delivered the first rate hike in 11 years.

Economists at HSBC this week slashed their Australia house price forecasts from 1-4% growth for 2023 to a 5-10% fall as they account for a series of interest rate hikes.

Current money market pricing implies a hefty 270 basis points of hikes will be delivered over the remainder of 2022; more than in any other developed nation. Above: A series of hefty rate hikes are expected from the RBA by money markets. Image courtesy of Goldman Sachs.

Credit Suisse hold a bearish stance on the Australian Dollar outlook, saying housing data is catching attention as Australia's property market is starting to show signs of weakness, "after many months of gargantuan strength". Above: "Building activity also appears poised to slow down in Canada and in Australia" - Credit Suisse.

Australian house prices rose 0.6% month-on-month in April says Corelogic, taking the year-on-year growth rate to 16.7%, down from the recent peak growth rate of 22.0%.

For the Australian Dollar what matters is whether the RBA will respond to house price concerns by paring back the pace it intends to raise interest rates.

"The level of central bank concern around this tentative slowdown in housing prices is at this point close to non-existent - understandably so, given that housing prices remain very high, not to mention the general policy focus on inflation risks," says Marino.

From an FX perspective Marino says there is little concern as of now, but investors will start to pay more notice when prices actually start falling.

Nevertheless, Marino says the main takeaway from his analysis of the risks related to housing prices across the commodity FX world is that Australia appears considerably more vulnerable to a sudden deterioration in housing market conditions, e.g. compared to Canada.

Credit Suisse recently lowered their Australian Dollar forecasts, with their Q2 target range for AUD/USD going lower to of 0.6750-0.7285.

Pound to Euro Week Ahead Forecast: Stalling Near 1.1827 as Data Deluge Looms

Credit Suisse says housing matters could have potentially significant implications for the value of the Australian Dollar going forward. 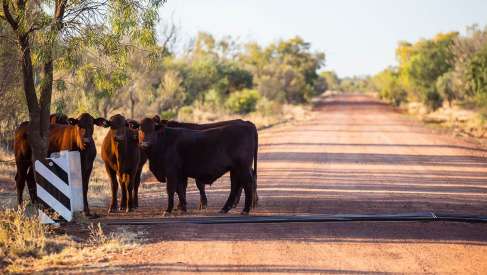 Pound to Australian Dollar Recovery Momentum Could Fade Near 1.79

The Pound to Australian Dollar exchange rate entered the new week on its front foot as Sterling staged a partial recovery from earlier losses and its antipodean counterpart came under pressure alongside the Renminbi amid mounting market concerns about the Chinese economic outlook. 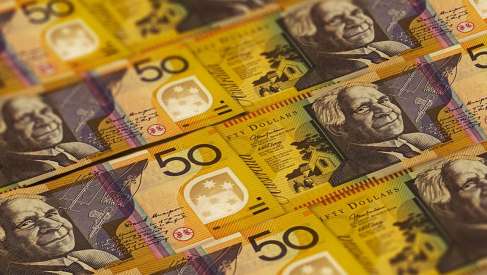 The Australian Dollar will struggle to push GBP/AUD below the floor at 1.72 if the expectations at a major European lender and financial services provider prove correct.