The UK is set to witness "a strong rebound in business investment" according to Oxford Economics who tell clients growth will soon reach double figures.

The independent economics research house and consultancy says a rebound in consumer spending will lead an economic revival and firms will respond to stronger demand by investing in new capacity and products.

"We expect a strong rebound in UK business investment over the next two years. But while the corporate sector is emerging from the crisis less financially damaged than was feared, high levels of debt for some firms is one of several challenges that could undermine a sustained investment revival," says Andrew Goodwin, Chief UK Economist at Oxford Economics.

Business investment in the UK fell by an estimated 10.7% in the first quarter of 2021 according to the ONS, leaving it 17.3% lower than the pre-pandemic level in the fourth quarter of 2019.

The declines meant the UK saw the greatest slump in gross fixed capital formation (GFCF) growth amongst the world's major economies in the first quarter.

The ONS data also shows that the pandemic-era business investment recovery has lagged behind that of Global Financial Crisis of 2008: The shape of the economic recovery over coming months and years will largely depend on how quickly businesses are able to deploy capital and invest in growth, and on this count Oxford Economics are optimistic.

"As the economy reopens, consumer spending will lead the revival bringing the economy back to its pre-pandemic position. Investment should follow, as firms respond to stronger demand – indeed, surveys of investment intentions have picked up significantly in the last few months," says Goodwin.

In a research briefing Oxford Economics say most companies have the cash reserves available to respond to the economic rebound:

"Many large companies have paid down bank debt during the pandemic, lowering corporate debt to well below the peak preceding the 2008–2009 recession. But some firms, particularly SMEs, are coming out of the crisis with much higher debt levels. This is likely to negatively impact investment.

"Lower outlays on costs, such as wages and dividends, plus government support mean the corporate sector has accumulated over £100bn of excess cash holdings since early 2020 – fuel for a potential resurgence in investment."

Meanwhile the ‘super-deduction’ tax incentive introduced earlier this year by Chancellor Rishi Sunak is expected to encourage firms to spend some of this cash.

Yet there are also some headwinds posed by Sunak: "the incentive’s effect will be time-limited, and its coverage is restricted to only a subset of investment. And the planned rise in corporation tax presents a medium-term headwind to business investment," says Goodwin. 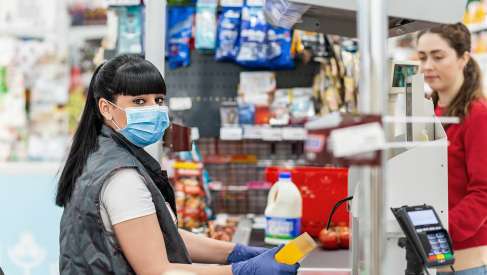