“In this great work there has been splendid cooperation between the Government and industry and labor…But all our present efforts are not enough,” -  President Franklin D. Roosevelt, December 29, 1940. Rising energy bills stemming from the Russian invasion of Ukraine are fomenting a growing ‘cost of living crisis’ that is dominating the domestic conversation and with worse yet to come, the wisdom of great wartime leaders from the past could again become valuable in the near future.

UK inflation rose to 7% during the first full month following the Russian invasion of Ukraine but there’s a very real chance that Office for National Statistics figures will reveal as soon as next week that the rate of price growth has reached the double-digit percentages.

The vast bulk of that inflation is rooted in rising oil and gas prices and the second round effect that these have on production costs for other goods.

This will eventually add up to an additional £1,500 to the existing annual energy bill of the average household in the UK by the time that all is said and done, according to the latest estimates made by the Bank of England in its May Monetary Policy Report press conference.

That is nothing short of a cataclysmic outcome for some households and for energy intensive businesses in manufacturing and other sectors.

But it’s also a likely long-term effect of Russia’s war against Ukraine, which is also a proxy war against North Atlantic Treaty Organization (NATO) members and all other peoples of the world who might value their indivisibly inherent rights to freely determine their own futures.

This is why it’s unfortunate, if not scandalous, that the government’s ‘energy security strategy’ of April 07 lacked any and all details of a timeline for delivery of tangible benefits to British households, businesses and the broader economy.

That gives the appearance of a government paying mere lip service to the real need to promptly increase UK energy output, as well as the impression of one cynically exploiting the crisis to advance certain other policy agendas.

This half-hearted effort is now undermining the UK economy on which everything depends including, to some extent, the defence of Ukraine and leaves the government further appearing to lack ideas and inspiration.

Below is an example of something a great wartime leader might say, and the spirit with which the above task might be taken up.

It is an excerpt from a December 29, 1940 radio address by President Franklin D. Roosevelt: America’s wartime leader, saviour of the United Kingdom and many other countries as well as the only person to have ever served three terms in the White House. Text of the full address can be accessed here.

The Nation expects our defense industries to continue operation without interruption by strikes or lock-outs. It expects and insists that management and workers will reconcile their differences by voluntary or legal means, to continue to produce the supplies that are so sorely needed.

And on the economic side of our great defense program, we are, as you know, bending every effort to maintain stability of prices and with that the stability of the cost of living

Nine days ago I announced the setting up of a more effective organization to direct our gigantic efforts to increase the production of munitions. The appropriation of vast sums of money and a well-coordinated executive direction of our defense efforts are not in themselves enough. Guns, planes, and ships have to be built in the factories and arsenals of America. They have to be produced by workers and managers and engineers with the aid of machines, which in turn have to be built by hundreds of thousands of workers throughout the land.

In this great work there has been splendid cooperation between the Government and industry and labor.

American industrial genius, unmatched throughout the world in the solution of production problems, has been called upon to bring its resources and talents into action. Manufacturers of watches, of farm implements, linotypes, cash registers, automobiles, sewing machines, lawn mowers, and locomotives are now making fuses, bomb-packing crates, telescope mounts, shells, pistols, and tanks.

But all our present efforts are not enough. We must have more ships, more guns, more planes, more of everything. This can only be accomplished if we discard the notion of "business as usual". This job cannot be done merely by superimposing on the existing productive facilities the added requirements for defense.

After the present needs of our defense are past, a proper handling of the country's peacetime needs will require all of the new productive capacity-if not more.

No pessimistic policy about the future of America shall delay the immediate expansion of those industries essential to defense.

I want to make it clear that it is the purpose of the Nation to build now with all possible speed every machine and arsenal and factory that we need to manufacture our defense material. We have the men, the skill, the wealth, and above all, the will.

I am confident that if and when production of consumer or luxury goods in certain industries requires the use of machines and raw materials essential for defense purposes, then such production must yield to our primary and compelling purpose.

I appeal to the owners of plants, to the managers, to the workers, to our own Government employees, to put every ounce of effort into producing these munitions swiftly and without stint. And with this appeal I give you the pledge that all of us who are officers of your Government will devote ourselves to the same whole?hearted extent to the great task which lies ahead.

As planes and ships and guns and shells are produced, your Government, with its defense experts, can then determine how best to use them to defend this hemisphere. The decision as to how much shall be sent abroad and how much shall remain at home must be made on the basis of our overall military necessities.

We must be the great arsenal of democracy. For us this is an emergency as serious as war itself. We must apply ourselves to our task with the same resolution, the same sense of urgency, the same spirit of patriotism and sacrifice, as we would show were we at war.

We have furnished the British great material support and we will furnish far more in the future.

The British have received invaluable military support from the heroic Greek Army and from the forces of all the governments in exile. Their strength is growing. It is the strength of men and women who value their freedom more highly than they value the: lives.

I believe that the Axis powers are not going to win this war. I base that belief on the latest and best information.

I have the profound conviction that the American people are now determined to put forth a mightier effort than they have ever yet made to increase our production of all the implements of defense, to meet the threat to our democratic faith.

As President of the United States I call for that national effort. I call for it in the name of this Nation which we love and honor and which we are privileged and proud to serve. I call upon our people with absolute confidence that our common cause will greatly succeed. 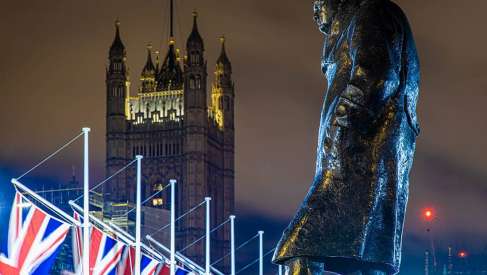 Rising energy bills stemming from the Russian invasion of Ukraine are fomenting a growing ‘cost of living crisis’ that is dominating the domestic conversation and with worse yet to come, the wisdom of great wartime leaders from the past could again become valuable in the near future. 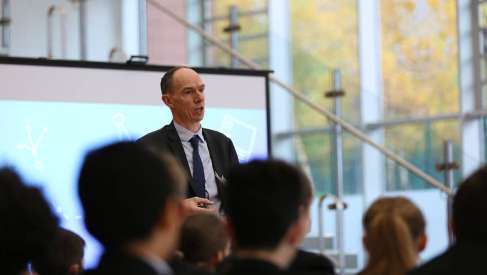 Bank of England's Ramsden Errs on the Side of the Hawks

The Deputy Governor of the Bank of England said further interest rate rises are needed as there is a risk the UK jobs market proves more resilient than the Bank's current expectations. 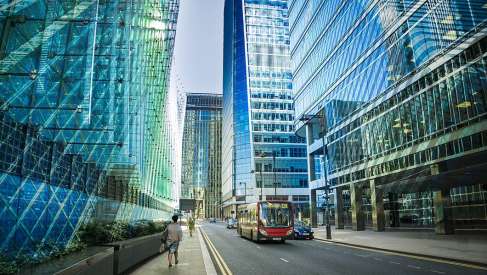 Savouri: The Bank of England Got it Wrong

"To put it politely, the closer we look into the report, the greater our disappointment with the MPC." 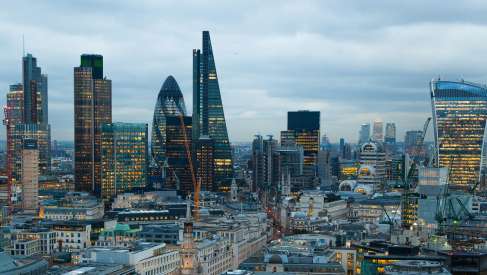 "The relevant question is whether or not the BoE’s headline-grabbing projections are plausible... in our view, the answer is that they probably are not." - Berenberg. 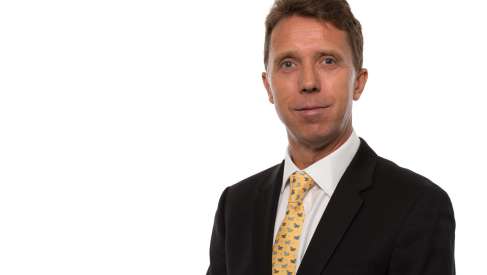 Michael Saunders has once again reiterated the case for a bold approach to raising interest rates in an effort to stave off surging inflation. 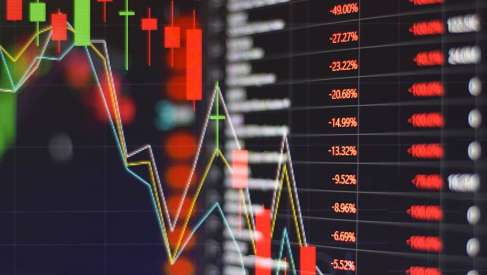 Rising Interest Rates: The Positives and Negatives for Investors

What is the outlook for stock market investors in light of an ongoing tightening in monetary policy?