The Pound-to-Euro exchange rate enters the new week near significant support levels on the charts and with scope to recover the 1.17 handle in an ongoing effort to erode resistance just to the north of it, although subject to pending developments in Bank of England and European Central Bank policy guidance.

Sterling was caught up in a wave of profit-taking ahead of the weekend which pulled GBP/EUR back below 1.17 and left it sitting atop a cluster of key support levels that litters the charts between 1.16 and 1.1650.

It enters the new week with a generalist news agenda dominated by reports that the double-vaccinated Health Secretary Sajid Javid is isolating after having contracted the coronavirus.

The Health Secretary’s condition highlights ongoing risks to economic recoveries wherever the virus is to be found, given that a continuing prevalence of the disease could discourage some individuals and households from resuming normal social, consumption and activity habits.

The UK’s economic reopening continues nonetheless and the Pound-to-Euro rate may be aided in a recovery of 1.17 by a potentially shifting policy stance at the Bank of England (BoE), which will be back in focus at 11:00 on Monday when Monetary Policy Committee member Jonathan Haskel addresses the University of Liverpool about the risk of economic ‘scarring’ resulting from the official response to the coronavirus.

“We highlight this as important given we have heard from Deputy Governor Dave Ramsden and MPC member Michael Saunders both of whom appear to have shifted to a more hawkish stance following the higher than expected inflation print for June. Another hawkish speech by Haskel would reinforce expectations that a shift in stance is on the way,” says Lee Hardman, a currency analyst at MUFG.

“Building expectations for tighter RBNZ and BoE policy have helped to provide more support for the NZD and GBP. In contrast, the EUR could come under selling pressure in the week ahead if the ECB backs up their new policy framework with policy action,” Hardman adds. The market will likely listen closely to hear if Haskell says anything to endorse the recent notion that the BoE could take action if temporarily high inflation pressures continue to emerge stronger than has been anticipated by the Bank, which would be supportive of the Pound.

Other rate setters speaking this week include Deputy Governor Ben Broadbent and incoming Catherine Mann, a newly appointed Monetary Policy Committee member who takes post in September, and each will be listened to for clues on the outlook for interest rate and quantitative easing policies.

“We think these forces will work to push CPI inflation above 3% by the end of 2021, before inflation falls back later next year. But the risk of price pressures proving more persistent was picked up by Michael Saunders, an external MPC member. In Saunders’ view, if the recovery continued in line with recent trends, reining back stimulus might be appropriate,” says Andrew Goodwin, chief UK economist at Oxford Economics.

Much depends for Sterling on the extent to which rate setters see recent above-target inflation persisting for more than just a transitory period, but last week’s remarks from Governor Andrew Bailey and MPC members John Cunliffe, Michael Saunders and David Ramsden have served a reminder to the market of the bank’s nimble policy stance, and make a risky affair out of wagers against the Pound-to-Euro rate.

Shifting expectations of the BoE could potentially support the Pound in the coming days but Thursday’s European Central Bank (ECB) policy decision will be as key to the final outcome for Sterling this week as anything else.

"The new strategy can be interpreted as either a formalisation of what it has been doing over the last few years anyway, or a step towards more dovishness, as 2% implies a more resolute effort. This means the distribution of probabilities is skewed to lower EUR/USD next week,” says Petr Krpata, chief EMEA strategist for FX and interest rates at ING.

Krpata and the ING team are among a broad collection of analysts who’re suggesting that the ECB’s new policy strategy and any action this Thursday as a result of it could act as a headwind for the Euro, which implies support for the Pound-to-Euro rate.

They see the main Euro and Sterling exchange rates EUR/USD and GBP/USD falling to 1.17 and 1.3750 respectively this week in price action that would lift the GBP/EUR rate back to 1.1750, given that the latter always closely reflects the relative performance of the aforementioned two. Thursday’s 12:45 ECB decision and 13:30 press conference are key events for Sterling but there’s also a flurry of economic figures due out in the latter half of the week which could help to inform the market’s views of the outlook for monetary policies on either side of the English Channel.

“There will be pressure on the ECB to back up their new policy framework with policy action to boost market credibility. It would be underwhelming if the ECB just updates their forward guidance,” MUFG’s Hardman says.

“After the surprise weakness in Retail Sales in May, some recovery in June is likely although the increased spread of the Delta variant suggests downside risks to expectations,” Hardman adds.

UK retail sales for June are out on Friday at 07:00 and the consensus among economists is that they were likely unchanged with a 0% reading following the reopening of pubs, restaurants, cafes and other supposedly non-essential service retailing businesses.

They come ahead of IHS Markit Flash PMI surveys of the services and manufacturing sectors in the UK and Eurozone for July at 09:300, which economists tip for declines.

“Retail sales probably fell for a second consecutive month as consumers continued to substitute spending away from goods and towards services,” says Paul Dales, chief UK economist at Capital Economics.

“We suspect that in July the composite activity PMI notched up its second decline in a row as the pace of the economic recovery naturally slowed and as the resurgence of the virus took out a little bit of heat,” Dales writes. 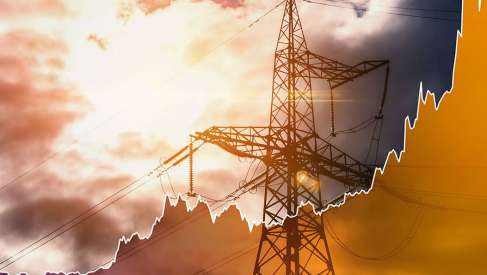