"It is important not to over-react to temporarily strong growth and inflation, to ensure that the recovery is not undermined by a premature tightening in monetary conditions." - Governor Bailey. The British Pound was seen softer against its major peers at the start of the new month, in part thanks to fresh guidance on the outlook for interest rates and the economy from the Bank of England.

The speech traditionally touches on the UK economy and monetary policy at the Bank and therefore is considered an important event for the Pound, the July 2021 speech kept this tradition alive.

Bailey was firm in his view that the current bout of rising inflation seen in the UK economy would be temporary as the two determinants of inflation, supply and demand, would ultimately recover to a normal equilibrium: Above: The Pound reacts to the Bailey speech.

Those currencies belonging to central banks that are ahead in normalising conditions are finding themselves better supported.

The key ingredient to when the Bank might raise interest rates lies with inflation and whether it is in danger of rising to rapidly, and importantly, staying elevated.

If the Bank feels this to be the case it would raise interest rates which are in turn supportive of Sterling valuations, the opposite is true if the Bank doesn't see inflation as a lasting threat.

"Andrew Bailey has returned to the tune of transitory inflation, warning that policymakers should not be too keen to overreact to higher prices," says Chris Beauchamp, Chief Market Analyst at IG. "Unsurprisingly these headlines have not been great for the pound."

The ONS reported in June that inflation in May was already above the Bank's 2.0% target at 2.1%, the Bank itself expects it to peak around 3.0%.

However, the Bank's outgoing Chief Economist Andy Haldane on Wednesday warned inflation could in fact go as high as 4.0%.

Crucially, Haldane said high inflation could become embedded as the Covid-19 crisis has left lasting scars on the dynamics that cause inflation.

He also said the Bank and government were fuelling an overheating economy with their stimulus programmes and said it was therefore approaching a "dangerous moment".

Haldane said it would be prudent to start ending the Bank's extraordinary support now, or risk destabilising the economy and financial system in the future.

Bailey does not agree.

"We expect both demand and supply to continue to recover towards their pre-pandemic levels," said Bailey.

Crucially for foreign exchange markets Haldane is leaving and investors expect the composition of the Monetary Policy Committee (MPC) in the post-Haldane era to be dovish and this is reflected by a softening Pound:

In his speech Bailey acknowledged the UK economy was experiencing a strong economic recovery in response to the progressive easing of restrictions and growing confidence of people to be more mobile.

Nevertheless Bailey's view on inflation is that it will be temporary:

"Where the recovery in demand outstrips supply, it is entirely possible that we will witness temporary periods of excess demand, or what more commonly we might describe as “bottlenecks”. This is especially likely within particular sectors, given the uneven nature of the recovery."

Bailey gives three reasons as to why the rise in inflation should be temporary:

1) Annual inflation base effects caused by very weak activity and prices last year which will not last beyond a year as a matter of arithmetic.

"Let’s suppose that here in the UK, from May onwards, the consumer price level rises each month by an amount consistent with an annual rate of exactly 2% (i.e. at the inflation target). If that was so, the additional base effects from last year would mean that reported consumer price inflation would still reach towards 3%, before falling back to 2% next May. That’s the base effects at work."

2) Additional price pressures can arise from the various shortages caused by imbalances in the recovery of supply and demand, as the latter recovers more rapidly than the former.

Explaining this Bailey uses the examples of lumber prices in the U.S.:

"The continuous lumber contract – highly relevant for house building there – rose from around $400 pre-Covid to around $1700 in early May, as the price rose in the face of inelastic short term supply. However it is now down to below $800 as more lumber supply comes onto the market, and there is a shift to satisfy the higher demand at a lower price."

3) Expect to see a switch from demand for goods towards services as restrictions are lifted, which should rebalance the composition of demand.

"Over time, this should lead to an easing of inflation as spending is redirected towards sectors with more spare capacity," says Bailey.

"It is important not to over-react to temporarily strong growth and inflation, to ensure that the recovery is not undermined by a premature tightening in monetary conditions."

As such the Bank of England is unlikely to be a source of support for Sterling exchange rates in the near-term. 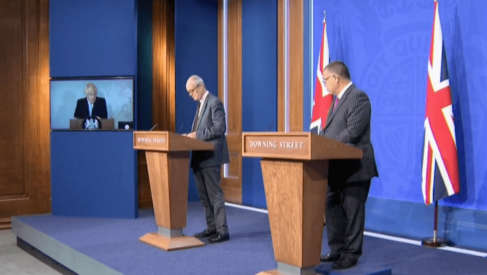 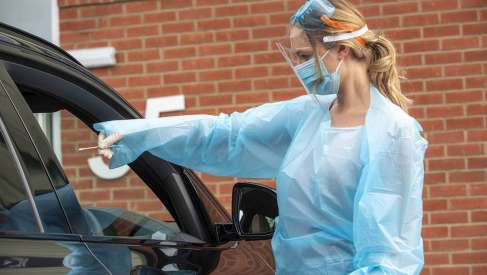