Above: The issue of the Northern Ireland protocol is an immediate concern for FX markets. File Image of David Frost. Image © Gov.uk, 10 Downing St.

Analysis from Barclays reveals the building of downside risks for the British Pound, which include the return of Brexit tensions and a policy mistake from the Bank of England in the form of raising interest rates too early.

Foreign exchange analysts at HSBC meanwhile say they are sticking to their view that the Pound is in fact not cheap at current levels and valuation will act as a gravity that constrains any attempts to move notably higher.

Pound Sterling Live reports these findings as GBP/EUR strength experiences yet another failure at the 1.18 level and GBP/USD slips back below 1.36, risking a deeper pullback over the coming days. Above: A successful break above 1.18 would signal the potential for further gains in GBP/EUR.

In a weekly currency briefing note Raczko warns of a looming a bust-up between the EU and UK over the Northern Ireland protocol which could prove a major source of distraction for foreign exchange markets.

The EU and UK are once again converging on a critical moment for their future relations as they clash over the Northern Ireland protocol, with both sides this week laying out their positions ahead of further talks.

Failure to agree a new framework acceptable to both sides risks the UK triggering Article 16 of the protocol which would effectively see them abandon parts of the agreement.

The EU response to such a move would likely lead to a further deterioration in relations, with potential implications for future trade.

"The protocol is not working, it has completely lost consent in one community in Northern Ireland... it is doing the opposite of the thing it was set up to do, protect the Belfast Good Friday Agreement," UK Brexit Minister Lord David Frost said in a major speech delivered on Tuesday.

Frost said if the EU does not move significantly the UK may trigger Article 16 of the protocol.

Frost's speech came ahead of the presentation of concessions over the protocol from the EU on Wednesday. Above: GBP/USD has been trending lower since mid-year.

"It is increasingly expected that the UK will trigger Article 16 over the NI protocol," says Raczko.

He says triggering Article 16 would allow the UK to take unilateral "safeguard" measures, effectively suspending parts of the treaty.

"Such actions can impact the wider Trade and Cooperation Agreement (TCA), trigger retaliation measures by the EU, including tariffs or the suspension of parts of the treaty," says Raczko.

"Any of the above is likely to significantly weigh on GBP," says Raczko.

Some analysts have said the Pound should be higher than where it currently is given rising expectations for an imminent Bank of England interest rate hike, which would typically offer upside for a currency.

But the Pound has failed to make a material advance despite supportive developments regarding the Bank of England and this could suggest there is some element of political risk premium returning into the UK currency.

Analysis from HSBC shows that the result of the Brexit referendum shocked the Pound into a lower equilibrium state, and this will act as a magnet on any attempts to rally.

"The UK has faced two large shocks in the last 15 years, both of which have had a more significant impact on the UK’s fortunes than most of its peers: The Global Financial Crisis in 2008-2009 and the Brexit vote from 2016. Both of these should have had a negative impact on fair value assessments of GBP," says Dominic Bunning, Head of European FX Research at HSBC.

HSBC says a positive GBP outlook has been one of the core consensus views amongst foreign exchange analysts for some time, but they disagree.

For HSBC the main area of disagreement revolves around where 'fair value' in the Pound actually lies.

"Much of the upbeat analysis around GBP was rooted in the idea that sterling was cheap," says Bunning. HSBC's own models find the Pound now actually looks closer to fair value and possibly even expensive versus its peers.

"Fair value for GBP/USD is now in the mid-1.30s while consensus still sees a significantly higher equilibrium rate," says Bunning.

The Pound-to-Dollar exchange rate is currently at 1.3597, placing it right on top of HSBC's value level.

Looking ahead, HSBC analysis concurs with that of Barclays and shows there is "significant downside risks for the UK outlook owing to the relative policy backdrop in the months ahead".

One potential headwind facing the economy is the withdrawal of government support for the economy.

HSBC anticipate a further round of stimulus in the U.S. through some form of infrastructure bill after various debt ceiling hurdles have been cleared.

And in the Eurozone fiscal policy support is tipped to continue in the form of the disbursement of crisis funds, which should act to stimulate economic growth. "However, in the UK, fiscal policy is already set to tighten," says Bunning.

As such, UK growth outperformance set to fade in the next few quarters.

On the matter of inflation, HSBC says it is expected to run hotter for longer in the UK than elsewhere. Their analysis of market-based inflation expectations reveals that "effectively, the UK is expected to generate its highest inflation in over a decade, while at the same time having a slower underlying growth rate than in the past".

"Fears of stagflation are likely to be more prevalent in the UK, which should work against GBP," says Bunning.

HSBC maintain an expectation that GBP/USD will oscillate in the mid-1.30s, "until it becomes obvious that the balance of power has swung more decisively into the bullish or bearish camp". 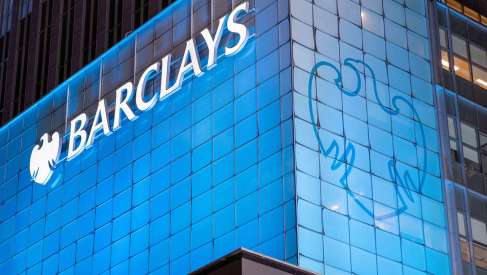