Sterling's Wednesday move came after the Office for National Statistics announced inflation figures for May which were stronger than economist expectations and left both the main consumer price index as well as the measure of core inflation above the 2% target of the Bank of England (BoE).

This is potentially significant given the BoE has already made it known that it could potentially lift interest rates or change other policies sooner than financial markets have so-far anticipated if the nascent increase in inflation turns out to have longevity, rather than being temporary as is commonly and widely suggested.

But GBP/USD price action in the coming hours if-not days will also be a Federal Reserve and U.S. economic story, which would significantly influence whether the Pound-to-Dollar exchange rate continues its 2021 trend higher through the summer, or if it spends that period confined to the kind of range it’s been locked in recently. The Fed will announce at 19:00 London time its latest assessment of the U.S. economic performance and prospects, alongside June’s decision on whether to raise the 0%-to-0.25% Federal Funds rate range or change its $120bn per month quantitative easing programme (QE).

Economists widely expect that its policy settings will all be left unchanged, although the language of Chairman Jerome Powell as well as Federal Open Market Committee statements and forecasts will be scrutinised closely by the market.

For readers’ background, the bank uses control over interest rates and bond yields to influence borrowing costs and overall economic activity across the economy with the intention of delivering predefined objectives for inflation rates over specified periods and what it calls “maximum sustainable employment.”

Below is a selection of analysts' remarks on what they expect to see or hear and the resulting outlook for the Dollar.

“Continued position-reduction across G10/EM/PM as the well-held USD short is trimmed pre-FOMC. It remains to be seen whether tonight’s meeting will be ‘tradeable’, however it is certainly a fascinating one from a language/signalling point of view.”

“GBP fell victim to the pre-event USD position-reduction we have been seeing elsewhere, with liquidation through the 1.4070 pivot driving us to 1.4034 yesterday and causing us to cover the long that had been working well on the dip-buying/recycling logic.”

“GBP has since rebounded, however we concentrate our efforts on EURGBP now that the tech picture in cable is a touch more muddled.”

“The Fed is facing the very difficult, if not impossible, task of both: 1) reassuring the market that it is not completely ignoring the recent run-up in inflation even if it continues to believe that the inflation spike will prove transitory.

2) at the same time, avoiding spooking the market by signalling excessive urgency on talking up a tapering of asset purchases or bringing forward rate hike forecasts or new strong signals in the economic data forecasts.”

“The cautious Fed today should underline the soft USD outlook for the summer months and keep carry in demand, in large part helped by contained volatility levels. NOK and CAD, where local central banks are turning hawkish, are set to benefit. In Brazil, BACEN is to deliver another 75bp hike today and pre-commit to do more. This is good news for BRL.”

“With the UK CPI set to normalize in the latter part of 2022, we continue to think that BOE rate hikes are not imminent. Nonetheless, as the soft USD environment is set to unfold this summer and EUR/USD is to grind higher, GBP/USD should follow this direction.

“With bond yields holding near recent lows and stocks near highs, the dollar’s recent strength looks like it is driven mainly by short-covering. I wouldn’t be surprised if it resumes lower in response to what I think will be a dovish Fed policy announcement.”

“GBP/USD heading to 1.45? Given the hotter UK inflation data and optimism that we won’t go into further lockdowns amid vaccination success, the pound remains fundamentally supported. The GBP/USD pair may get a shot in the arm if the Fed turns out to be as dovish later on.”

The Pound-to-Dollar exchange rate has partially reversed earlier losses in tandem with a widespread softening of the Dollar so far in the second leg of the week, though some analysts say it's not yet out of the proverbial woods and that Sterling remains vulnerable to further losses. 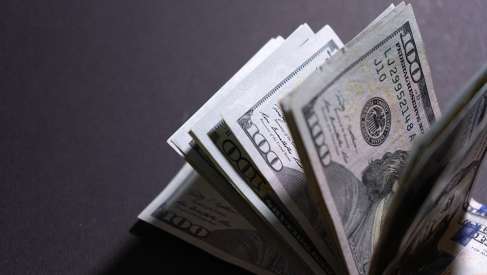 The Pound-to-Dollar exchange rate appeared in the process of folding in on itself ahead of the mid-week session after falling to a 2021 loss as the greenback became the best performer in the G10 segment of major currencies for 2021.

The Pound-to-Dollar exchange rate enters the new week risking a steady slide toward April lows around 1.37, which could condemn Sterling to a range-trade between there and a burgeoning resistance at 1.39 if expectations of Federal Reserve policy continue to offset for GBP/USD the signs of a shift at the Bank of England. 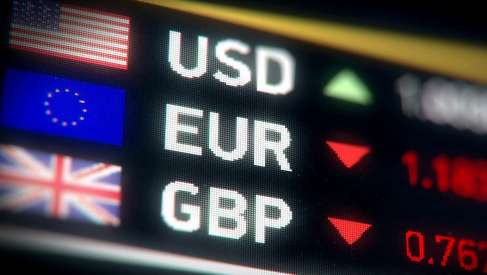 The Pound has risen back into the top spot of the major currency performance table for 2021 after two rate setters indicated that “risk management considerations” could lead the Bank of England (BoE) to end its emergency quantitative easing programme as soon as its August policy decision.