The Pound-to-Dollar rate has made a spirited recovery from September losses and could rise further this week in recognition of the Bank of England’s (BoE) increasingly ‘hawkish’ policy stance, although any move above 1.38 may prove difficult to sustain due to the Dollar’s resilience.

Sterling entered the new week back above 1.37 following a hat-trick of gains ahead of the weekend that marked a substantial reversal of late September losses that had pulled the Pound-Dollar rate lower from 1.3912 to 1.3411.

One significant driver of the Pound-Dollar rate’s recovery has been the BoE’s accelerated shift to a more ‘hawkish’ stance on inflation and interest rates, which will again be in focus this week following Governor Andrew Bailey’s remarks on Sunday.

Governor Bailey told panel participants and the audience that recent sharp upturns in inflation are still likely to prove short-lived because the underlying causes of these - such as commodity price changes and other costs resulting from supply chain disruption - are themselves temporary.

But he also acknowledged that more recent increases in energy prices, which include a 165% rally in natural gas prices for the quarter to mid-October, may mean inflation remains at abnormally high levels for longer than previously anticipated and could ultimately necessitate a response from the BoE. Above: Pound-to-Dollar rate shown at 4-hour intervals with major moving-averages and Fibonacci retracements of recovery from September lows indicating possible areas of support.

The currency market had been slow to truly recognise the risk that the BoE could begin to reverse 2020’s cuts to Bank Rate at any point over the coming months, but Sunday’s remarks were the most candid yet and have left little room for further confusion.

“We think the BoE will judge that a 15bp rate rise in the near-term, taking rates to 0.25%, would do little to damage growth but would signal they care about inflation,” says Robert Wood, a UK economist at BofA Global Research.

“We choose a December hike because the BoE will have October labour market data at that point, and Saunders noted December pricing,” Wood and colleagues wrote in a research briefing late last week.

With abnormally high inflation likely to be sustained for longer than previously envisaged, the BoE is mindful that it could impact the price setting intentions of companies and wage demands of workers in a way that risks creating a self-perpetuating cycle of above-target inflation outcomes.

“And that’s why we at the Bank of England have signalled - and this is another such signal - that we will have to act,” Governor Bailey said on Sunday. UK inflation risks are nurtured further the entire time the BoE’s interest rate and other monetary policy tools remain at crisis period settings, hence why the bank has begun to prepare companies, households and financial markets for a normalisation that could come quicker than previously imagined.

“GBP/USD can increase this week. UK economic and inflation dynamics support the upward shift to UK interest rates. The decline in the UK unemployment rate is tracking better than the BoE’s projection,” says Kim Mundy, a senior currency strategist at Commonwealth Bank of Australia.

The BoE had steadily acknowledged already this year the growing risk of inflation exceeding its 2% target at the other end of the bank’s multi-year forecast horizon, although its state of alert has become more heightened in October amid seismic surges in natural gas prices.

Remarks from BoE policymakers have been uplifting of the Pound-Dollar rate and may yet support further gains over the coming days, although some analysts doubt these will be sustained for long and in part due to their outlook for the U.S. Dollar.

“We spot minor resistance at 1.3750, with gains through here targeting 1.3820/25. Trend signals are mixed and not supportive of a stronger move up in the GBP at this point, however,” says Juan Manuel Herrera, a strategist at Scotiabank, writing in a Friday research note. The Pound-Dollar rate fell sharply between June and October after the Federal Reserve (Fed) first suggested that it could soon look to wind down its $120BN per month quantitative easing programme, before later indicating that it could begin lifting its interest rate by the end of 2022.

“We are not convinced that recent GBP gains will be sustained against the USD. The Fed has signalled this week that it is on course to taper QE faster than expected. Most likely beginning from mid-November or mid-December and ending by around the middle of next year. It should keep upward pressure on US short rates and the USD going forward,” says Lee Hardman, a currency analyst at MUFG.

Minutes of September’s Fed meeting confirmed last week that the bank is likely to begin curtailing the QE programme in either November or December, while last month’s Federal Open Market Committee forecasts of higher interest rates from 2022 have continued to support the Dollar.

The danger is however, that the Fed eventually follows in the BoE’s footsteps by preparing markets for a sooner or faster process of interest rate normalisation than it has guided for so far, which is why many analysts see the Pound-Dollar rate as likely to struggle for traction in the coming months.

This week however, offers little by way of major U.S. economic data for the market to chew on and will at the same time see Sterling taking cues from Wednesday’s release of inflation figures for September, in addition to speeches from several BoE policymakers and a range of other figures on Friday.

“A further rise in CPI inflation in September (data due on Wednesday) will probably fuel expectations of a near-term rate hike, although the next big step up in inflation will be in October,” says Neil Shearing, group chief economist at Capital Economics. 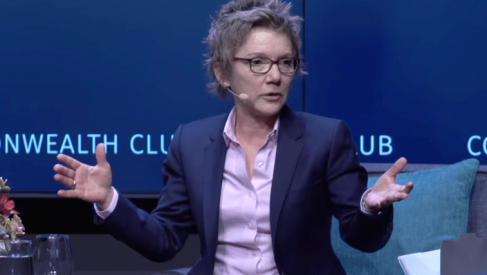