The U.S. Dollar Index stalled as other currencies in the barometer found support following a non-farm payrolls report that showed the employment recovery continuing while wage growth moderated in April, with potentially dampening implications for the medium-term inflation outlook.

America’s employment recovery continued in April and especially at the lower end of the income spectrum where the bulk of coronavirus-related job losses were concentrated, while wage growth fell further than was anticipated by economists and even as labour force participation remained stalled.

This was as non-farm payrolls rose by 428k, unchanged from the March increase of 428k but higher than the roughly 390k consensus among economists, while average hourly earnings growth edged down from 0.5% to 0.3% and when many economists looked for 0.4%.

“When accounting for the -39K revision to the previous two-month job tally, that was roughly in line with the consensus expectation of 380K,” says Katherine Judge, an economist at CIBC Capital Markets.

All of the above left the unemployment rate unchanged at 3.6%, in what was a surprise for economists who’d looked to see it fall to 3.5%, but was enough to reduce the annual pace of wage growth from 5.6% to 5.5%. Meanwhile, the overall level of workers’ participation in the labour force was “little changed” at 62.2% during April while the overall employment-to-population ratio edged lower from 60.1% to 60.0%.

“There is a slightly softer tone to the report with the unemployment rate not dropping, while it's too early to conclude a decelerating trend in wages from one month of data,” CIBC’s Judge says.

Europe’s single currency and the Swedish Krona held onto Friday’s gains following the release while Pound Sterling, the Japanese Yen, Swiss Franc and Canadian Dollar remained around the middle of their intraday ranges against the Dollar; leading the U.S. Dollar Index to stall.

While Friday’s data confirms that the U.S. job market recovery remained in full swing last month, the stalling pace of wage growth was unhelpful for currency and bond markets that have remained as ‘hawkish’ as they were even before Wednesday’s Federal Reserve (Fed) policy decision.

“USD started the day on strong footing as the market chased to get back into USD longs after stopping out post dovish Fed. US yields have since marched back higher which has put weight on risk assets and driven a power bid for USD,” says Jonathan Pierce, a currency trader at Credit Suisse. The Fed appeared to rule out for the time being on Wednesday any prospect of it raising U.S. interest rates in increments larger than 50 basis points, while also taking a more cautious than expected approach to quantitative tightening (QT).

That left the greenback nursing heavy losses on Wednesday, which reversed sharply during the Thursday session only for the Dollar Index to edge lower throughout much of the European session on Friday.

All of these earlier gains have left the ICE Dollar Index barometer of the U.S. currency close to 20-year highs and have gotten technical analysts at BofA Global Research mindful that it could be on the cusp of a further breakout.

“Looking ahead, a weekly close above 103.01 will read as technically bullish, despite overbought conditions. Such a breakout has potential to rhyme with price action from 1Q15, which was very bullish,” says Paul Ciana, chief technical strategist at BofA Global Research.

“For now we wait and see how the week ends as risk appetite crumbled on Thursday and US non-farm payrolls data will be released on Friday,” Ciana and colleagues said in a Thursday research briefing. 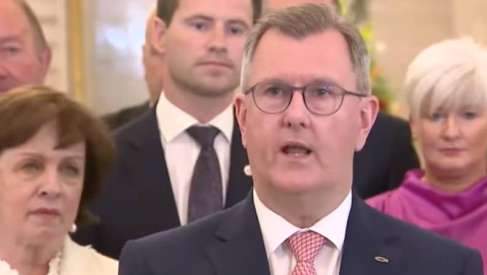